How many generations are going to suffer?

If you think that driving anxieties are only driving related, think again.

Rebbeca recently became very anxious whilst turning the car around, in a very basic car skill turn in the road. More commonly known as a 3 point turn.  Even though she did not have much of a problem with the manoeuvre  before, this time there were 2 cars waiting, without the space to go further.  She became very anxious to the point of not being able to move, letting go of the clutch and constantly stalling the car.

Not wanting making the matters worse, I helped her move off.  I’ve recognised the signs of extreme anxiety, so asked if she has ever been bullied.

Yes, was the sobbing answer.  In her years at school, she was being laughed at as she did not have fashionable cloths and kids were picking on her. She wanted to hide.

Within the first 2 minutes, and only step one of TFT, her past trauma diminished to nothing. But something else has resurfaced.  Her father was a bully too, his remarks were on the par of those kids but for other reasons.

Why did she not have nice cloths and her father was a bully too? Perhaps he was emotionally anesthetized and did not know what effect  his negative comments will have on a young child? He was kidnapped by two thugs who stole his taxi and locked him in a boot of his car. He run away, as the boot was not locked properly. That kind of trauma has left lots of mental scars that have not been dealt with.

But the real issue was her mum who was ill…mentally ill.  Her parents had 2 kids 15 years before Rebecca was born. When her older sister was 7, she was killed by a passing motorbike. Her mother never overcame that trauma, becoming depressed, then later on developing schizophrenia. She was not able to look after and take proper care of her last daughter. So some 40 years later the effects of that accident are still present in the second generation, simply because there was no proper care and solution to overcome the grief and a trauma of losing  a child.

I am glad to say, Rebecca’s face was glowing with happiness on her next session. She never realised how much those years have affected her. The TFT therapy that we have used, removed the negative emotions from the past, and her glowing expression was a visible sign that things are on the mend. Her new in car confidence  is very apparent, and I am looking forward to the next few weeks and the profound positive emotional change that it will bring.

Enquire Here for a Quick Response 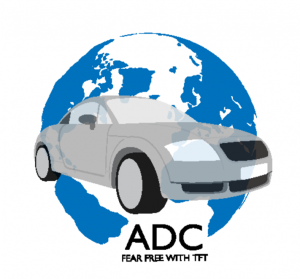